SSE and AEG negotiated the 10 year naming rights contract for Wembley Arena, relaunching it as The SSE Arena, Wembley in June 2015. This sponsorship was an example of AEG matchmaking brands and assets as SSE were looking to extend their portfolio of venues to exploit their geographical strength in the south. Now, almost 80 years since its opening in 1934, the venue now boasts a £35 million refurbishment and a winning partnership with SSE. 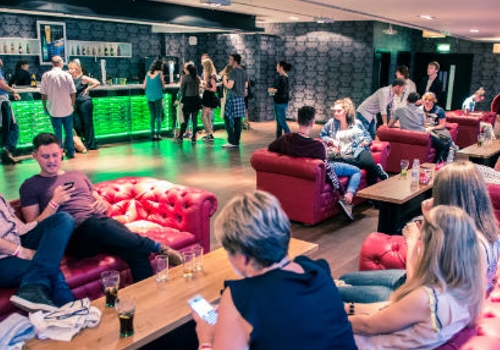 The Partnership involved refurbishment of the iconic Wembley arena which resulted in the creation of a new brand identity, a new look and feel for the entrance, featuring memorabilia to celebrate global legends such as Madonna, David Bowie, The Who, Dolly Parton, Stevie Wonder, Prince, and even The Beatles and Rolling Stones who have all graced the stage. In addition the venue now features VIP lounge experiences for SSE and Heineken customers.

The SSE rewards scheme offering pre-sale tickets to SSE customers has been successfully introduced and AEG recently brokered an event with The Who to celebrate the bands 50th year anniversary of playing the Wembley which offered SSE customers presale tickets and access to the soundcheck.

For more information on partner marketing and brand sponsorship contact us at info@brandvoice.co.uk or call us on 020 8747 1167