Having worked with artist David Mach RA on the Royal Academy of Arts paint collection, we collaborated again when David needed a prospectus for his Precious Light project – dramatic reimagining of the King James Bible in the year of its 400th anniversary.The text is widely regarded as one of the most influential works in the English language.

Precious Light is David Mach RA’s largest solo show to date – a contemporary imagining of the King James Bible in collage, sculpture and words. The exhibition featured over seventy of Mach’s trademark collages and large-scale sculptures composed of thousands of mass produced objects such as coat hangers and match-heads. His intricate collages, cinematic in scale, use images sourced from magazines and other mass media to build complex composite pictures that combine the familiarity of popular culture and the Biblical themes portrayed. 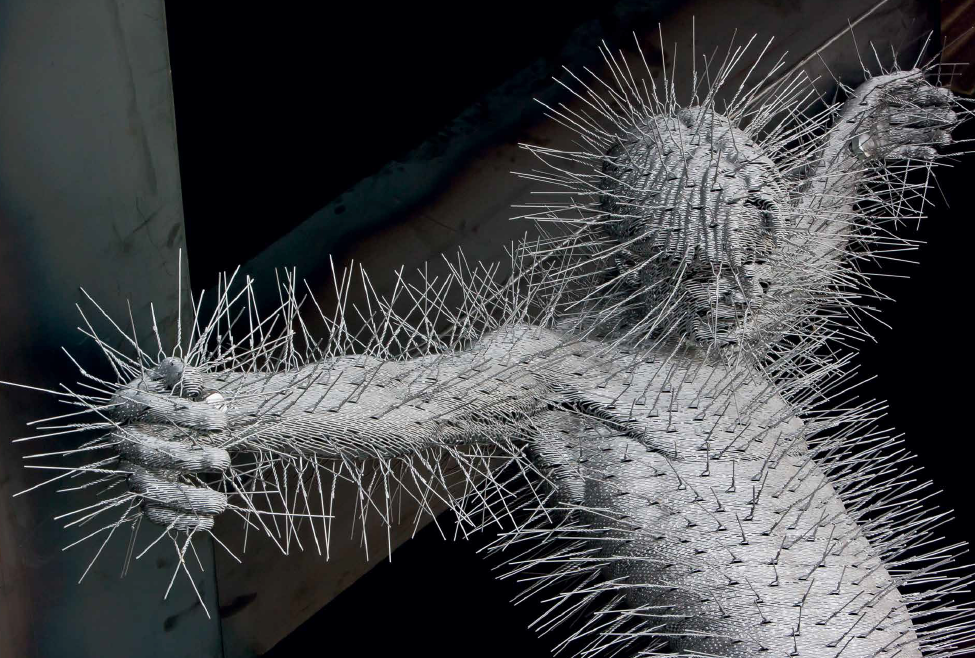 David moved his working studio from London to Edinburgh for the duration of the exhibition. Relocated to an entire floor of The City Art Centre, visitors were able to view the artist and his team as they created a decoupage depiction of the Last Supper. A further floor of the exhibition focused on the words and language of the King James Bible, with extracts from the Old and New Testaments lining the gallery walls, a display of early editions of the Bible, and an audiovisual exploration of the text, Illustrating the countless words and phrases from the King James that have entered contemporary language.

Precious Light in its present incarnation involves some 80 works of art, 40 of them major collages. Launched in 2011 at the City Art Centre in Edinburgh, it has since been shown in Galway at the festival there and next year is due to be exhibited in Turin, coinciding with the exhibition of the Turin Shroud and the Pope’s visit to that city.